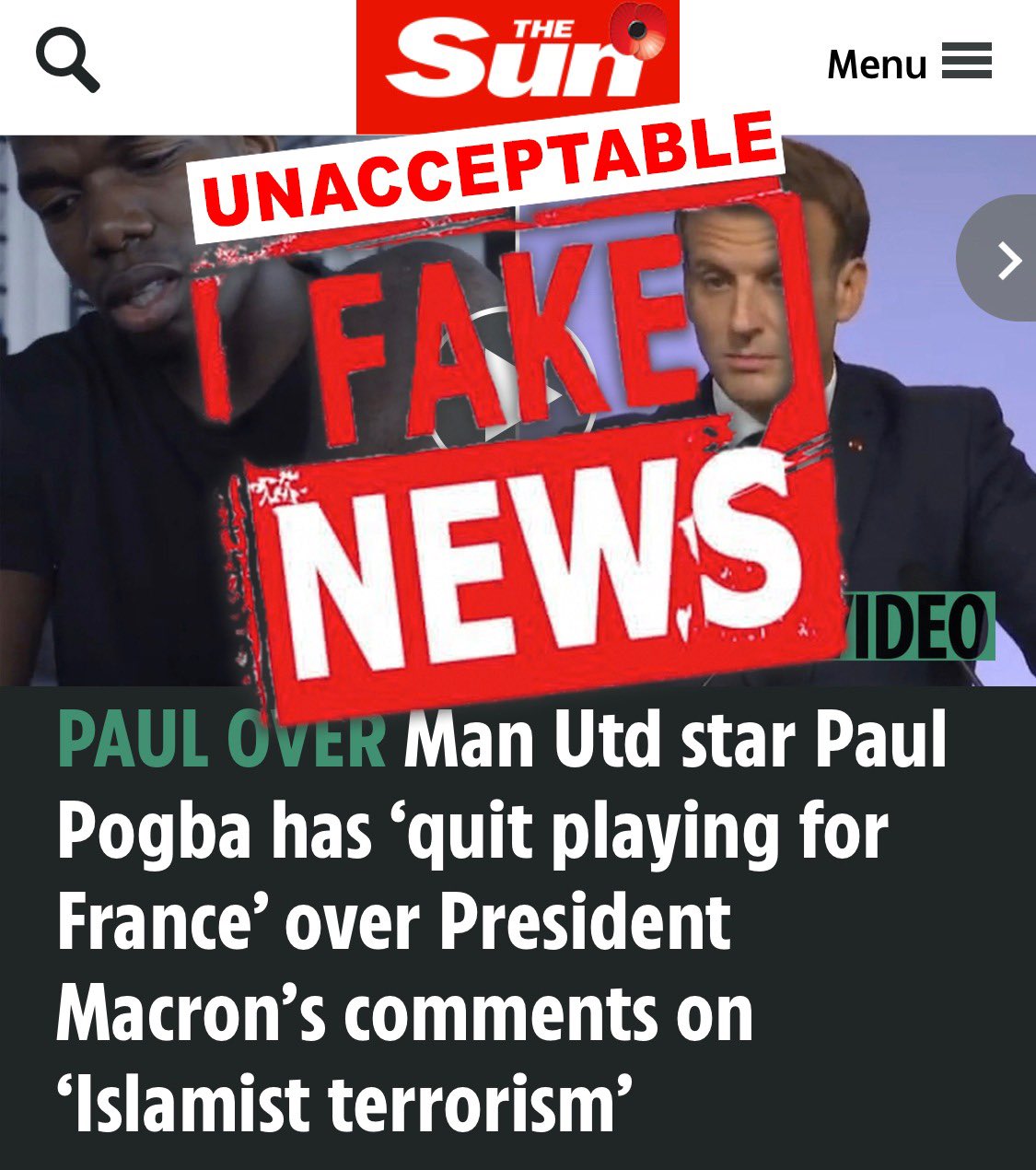 Tiger Fight, October 26. Earlier, "The Sun" quoted Middle Eastern media reports that Pogba would withdraw from the French national team due to the religious remarks of French President Macron. Pogba himself refuted the news through his social media.

"The Sun" reported that a French teacher was attacked and killed after spreading racial remarks. French President Macron described this as an assault and murder by Islamic terrorists. The teacher was subsequently awarded the highest-ranking medal that the French government can award, in recognition of his sacrifice in embodying the importance of freedom of speech.

This also caused dissatisfaction with the Muslim Pogba, and then chose to withdraw from the national team.

However, Pogba is currently refuting the news on social media: "This is unacceptable fake news!"